Tornado Season Is Here. Do You Have A Plan? 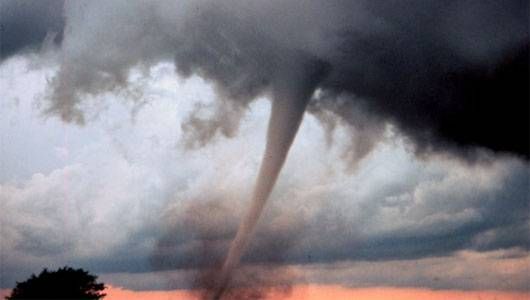 Living here in Northwest Dallas, every Spring around this time, we begin to hear the loud warning sirens during severe weather. Tornados occur almost without fail every season in Dallas.  Only a couple of years ago, a large tornado swept through West Dallas and was headed directly towards our area  here in Westhollow. I recall

Living here in Northwest Dallas, every Spring around this time, we begin to hear the loud warning sirens during severe weather. Tornados occur almost without fail every season in Dallas.  Only a couple of years ago, a large tornado swept through West Dallas and was headed directly towards our area  here in Westhollow.

I recall watching the news reports on WFAA as Pete Delkus explained to take cover immediately as the shrills of the warning sirens went off in the midst of a still yet ominous sky.  I didn’t know exactly what I should do.  Should I hide in the hallway, the bathroom, an interior closet?  I wasn’t really sure.  I just knew I had to get my pets and myself to safety. Still, years later, I realize that I do not have a real emergency plan in our household in the event of a Tornado or other major emergency. Also there can be some confusion about tornadoes in general.  So here are some tips for staying safe, having a plan, and information about tornadoes and what and what not to do.

What is a tornado?

A tornado is the most violent atmospheric storm. A tornado is defined as a violently rotating column of air extending from a thunderstorm to the ground. The most violent tornadoes are capable of tremendous destruction with wind speeds of 250 mph or more.  Damage paths can be in excess of one mile wide and 50 miles long. Once a tornado in Broken Bow, Oklahoma, carried a motel sign 30 miles and dropped it in Arkansas. According to the National Weather Service, although tornadoes occur in many parts of the world, these destructive forces of nature are found most frequently in the United States east of the Rocky Mountains during the spring and summer months. In an average year, 800 tornadoes are reported nationwide, resulting in 80 deaths and more than 1,500 injuries.

Safe places you can go

According to the National Oceanic and Atmospheric Administration, basements and interior rooms are the safest places to be during a tornado. A good rule of thumb is to put as many walls and floors as possible between you and the tornado. Once you find a safe place, take shelter underneath a sturdy bench, table, or the stairwell. Crouch down and place your head between your knees, using your arms to cover your head.

On the other hand, the least safe place to be is in a car. If you are in a car, abandon it immediately and find a ditch to lie in. Most tornado deaths occur in cars. And never try to outrun a tornado; it may be moving faster than you think!

If you do find yourself in a tornado’s path, go to the basement. If there is no basement, go to an interior room on the lowest floor, such as a bathroom or closet. If possible, cover yourself with a blanket or mattress to protect yourself from flying debris.
Remember to stay away from exterior walls or glass-enclosed places and windows.

A warning versus a watch

There can be confusion when the weather person says a tornado warning vs watch has been issued.

When a tornado is approaching, a dark, often greenish sky, a wall cloud and large hail may appear.A loud roar similar to that of a freight train may be heard. An approaching cloud of debris can mark the location of a tornado even if a funnel is not visible. Before a tornado hits, the wind may die down and the air may become very still. This is the calm before the storm.Tornadoes generally occur near the trailing edge of a thunderstorm and it is not uncommon to see clear, sunlit skies behind a tornado.

Be prepared before the storm hits

By the time a tornado is heading toward you, it is usually too late to make a plan. According to the Federal Emergency Management Agency, you should:· Conduct tornado drills each tornado season.· Designate an area in the home as a shelter, and practice having everyone in the family go there in response to a tornado threat.· Ask an out-of-state relative or friend to serve as the “family contact.” After a disaster, it’s often easier to call long distance. Make sure everyone in the family knows the name, address, and phone number of the contact person. This will help should the family be separated during the storm.

The American Red Cross suggests that you assemble a “disaster supplies kit” that you keep in your shelter area. The kit should contain:

1. Help injured or trapped people
2. Give first aid when appropriate.
3. Don’t try to move the seriously injured unless they are in immediate danger of further injury.
4. Call for help.
5. Turn on a radio or television to get the latest emergency information.
6. Stay out of damaged buildings.
7. Return home only when authorities say it is safe.
8. Use the telephone only for emergency calls.
9. Clean up spilled medicines, bleaches, or gasoline or other flammable liquids immediately. Leave the building if you smell gas or chemical fumes.
10. Take pictures of the damage, both to the house and its contents, for insurance purposes.
11. Remember to help your neighbors who may require special assistance–infants, the elderly, and people with disabilities

Hopefully this information will be useful as we go through this tornado season.   Stay safe.

Thanks to AVC for these tornado tips.