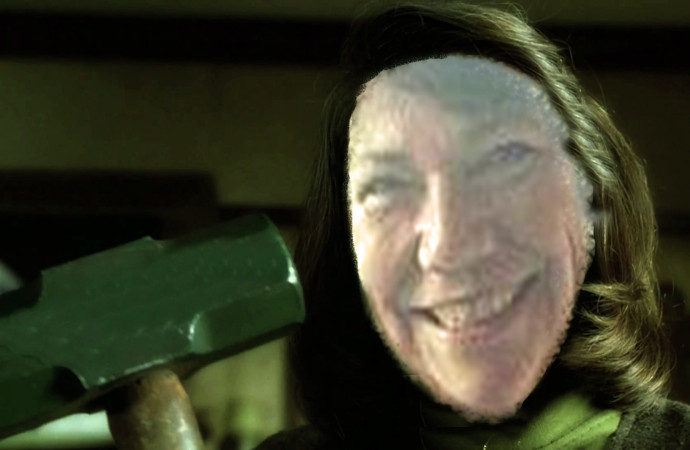 Isn’t it funny when an old woman and a lonely tired Queen in your neighborhood are so obsessed with you and your organization that it fills their days and nights with endless attempts to reach out to you, to communicate with you, to bash you, and to try so desperately to have any type of contact with

Isn’t it funny when an old woman and a lonely tired Queen in your neighborhood are so obsessed with you and your organization that it fills their days and nights with endless attempts to reach out to you, to communicate with you, to bash you, and to try so desperately to have any type of contact with you?  Isn’t it funny? Isn’t it funny that people so hell-bent on doing what they can to try and disparage Westhollow Society and myself claim to hate me so much yet they have created an entire group dedicated to talking about me and the Westhollow Society on Nextdoor.   If that’s not the definition of stalking, harassment and perhaps even a sociopathic-bent, I don’t know what is.

All kidding aside, this just goes to show you how incessant they are with their bullying and smear campaign.

For Mimi Gibson to think that I would be afraid of her is beyond ridiculous, especially when she was invited to the first meeting and didn’t show once she found out that it was being recorded on video and instead sent her minion Darci Crist in her place.

This just shows her narcissism to think that my every motivation must have to do with her!  I cancelled the 2nd meeting because only 5 people registered to attend and Mimi Gibson was not among those who registered.

We made it clear that we would only have the meeting if enough people registered and everyone was required to register BEFORE the meeting and it required a $5 donation to cover the cost of supplies to carry out the workshop – and she never registered.  The woman is delusional.

Beyond this, read some additional interactions from Nextdoor:

Interestingly, they made this a “closed” group – so that only “certain people” can join. And her plea to those who join to “bring the popcorn” just illustrates her mission to stir drama and hate.  Ironically, they have constantly demanded transparency for Westhollow Society but they themselves feel they shouldn’t have to adhere to the same requirement.

Ultimately they colluded with the “leads” on NextDoor, including Christopher Villanueva that I added myself when I was the lead of the Park Forest Next-door (since I started the site for our neighborhood) to ban me from the site. Now they have made it so that any mention of “Westhollow” or “Westhollow Society” will get that user banned.  However, there have been many mentions of both on the site and the leads have failed to ban those people, only me.

It has been months since I have even been on NextDoor (I’m able to view posts but not reply or post any posts of my own – this is how I was ‘banned’).  It has been a wonderful 6 months without the drama, hate, ignorance and smear campaign by these bullies.

Beware of these nut jobs.

Fortunately, my main goal of establishing the Westhollow name and attributing it to Northwest Dallas’ defined area has been successful!  Realtors, City Council members, Newspapers, Blogs and everyday citizens are now referring to the area as Westhollow!  Ultimately, we, our non-profit organization, is the victor!

To the future of Westhollow!