Will Jennifer Staubach Gates Represent EVERYONE in District 13 or Only the Millionaires? 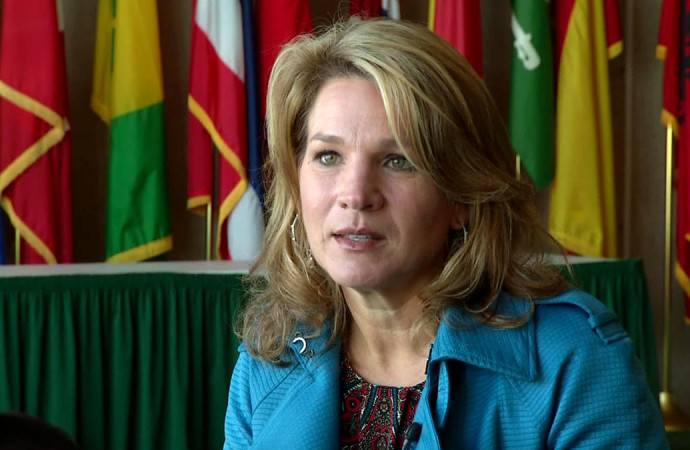 What’s in a name?   A lot if it’s Staubach and you are running for a city council member seat in Dallas, Texas. Jennifer Staubach Gates, daughter of Cowboys legend Roger Staubach, has beat Leland Burk in her run to represent District 13 which includes Westhollow (West of Midway, North of Walnut Hill, South of

What’s in a name?   A lot if it’s Staubach and you are running for a city council member seat in Dallas, Texas.

Jennifer Staubach Gates, daughter of Cowboys legend Roger Staubach, has beat Leland Burk in her run to represent District 13 which includes Westhollow (West of Midway, North of Walnut Hill, South of LBJ, East of 35), Preston Hollow and other parts of Northwest Dallas.

It seems that only one area of 75229 is ever represented in the city council race for district 13, Preston Hollow.  Preston Hollow is home to many millionaires and billionaires much like Staubach and Leland Burk.  However, District 13 is also home to many more average middle class families and individuals.  Can a Strait Lane area millionaire truly represent the causes near and dear to the middle class families represented by the same district?  No.  I don’t believe they can, do, or will.

One of the biggest issues in District 13 are our streets.  From Staubach-Gates’ website as one of her campaign issues:

Smoother streets. According to the 2012 Dallas City Council Bond Briefing, our district – Council District 13 – has the worst streets in the City with 170 lane miles of streets that need reconstruction, and another 70 lane miles of streets that need resurfacing. There is not a Council District that comes close to us in terms of number of lane miles that need repair. As our Councilmember, Jennifer will work to prioritize the immediate improvement of our streets, and she will work to ensure regular maintenance so that we do not fall into such disrepair in the future.

This is very true.  Being a resident of District 13 myself, I am quite aware of the horrible disrepair of our streets even in my own neighborhood, a mere two or three miles from the multi-million dollar mansions on Strait Lane. They are so bad in fact, that, I contacted our current city council representative, Ann Margolin, to discuss the horrible disrepair of our streets.   I explained to her that some of our alleys are so bad that they literally have no concrete left and when it rains, are like a mini-river behind the houses.  Other streets, like my own for example, have been patched so many times that they are more like a roller coaster ride at Six Flags than a leisurely drive down the winding streets in my neighborhood.  I pleaded with her to do something about our streets, and not to merely patch them, but to reconstruct them.   After contacting her several times, I received a relatively dismissive response via email.    I was not pleased.

At a neighborhood function for National Night Out, Ann Margolin was set to attend.  So, I took it as an opportunity to ask her what would be done about our streets in person.    Once she arrived, I made a bee line over to her and bluntly explained the horrendous condition of our streets and that many residents had been promised numerous times over the course of five, even ten years, that they would be repaired by the Streets Department. The neighbors backed me up with their echoing sentiments.

Magolin said she was aware of the disrepair of our streets.  I asked her what she intended to do about them.   She said, “I have no discretionary budget. There’s nothing I can really do.”    I asked her, “Then who do I speak with that can do something about it?” I asked.  She proceeded to hand me her business card and told me to call her and let her know which streets needed the most repair (all of them!) and she would see what she could do but she could not have all of our neighborhood streets repaired she said.

I followed up with her immediately with a list of streets that neighbors had said needed work the most.   I gave her a list of five streets.  She responded that she would have them “repaved” on a schedule over the next 6 weeks.  I was elated, and of course told everyone in our neighborhood that it was going to be taken care of. I also had told her we insisted on complete reconstruction and repaving not just patching. Of course, this was immediately before Dallas was to vote on yet another bond election which was said to also include funds for the repair of streets, so perhaps her motives weren’t without agenda.

Over the course of the next six weeks, three of the five streets received attention.  However, they did NOT repave them and they did NOT reconstruct the streets.  They merely put an extremely thin coat of asphalt over the entire street which was so thin, after drying looked absolutely no different than before.  Beyond this, it did nothing to fix the enormous dips in the streets, the disintegrating curbs and alleys or the pot holes in many of the streets.  One of the streets got major repatching, but was so minor that it already is beginning to look as if nothing was done.

I was livid, and after explaining to Margolin what was and was not done, she pawed me off onto the Streets Department to a man named Forest Turner.   After speaking with Mr. Turner, he agreed to come see the work that had been completed since “customer service was his priority”.   Once he saw the streets, he never responded to another email message nor did he return my phone calls.

This is the scenario that is experienced in many pockets of District 13 – promises, followed-up by apathy and complete dismissal.

However, not all of District 13’s streets are in such disrepair.   Driving into the Preston Hollow area of District 13, and anywhere immediately near the Tollway or Preston Road, the streets were gleaming.  Not only were they in incredible shape, but many had just been REPAVED shortly after my pleas with the city to do something about the streets WEST of Midway.

Why is it that the streets in the most affluent areas are almost always in perfect shape, while those in the middle-class areas of District 13 are completely ignored?  Is it a different tax base?  I don’t think so, our taxes for street repair are not determined by neighborhood affluence – at least they’re not supposed to be.  Do the people in the more affluent areas care more about the appearances of their streets?  Obviously not, we have passionately been trying to get something significant done about our crumbling streets for many years according to long time residents of the area not to mention my most recent efforts.  The fact is that unattractive streets give people a negative connotation of a neighborhood and no one wants that, regardless of their income level.

So, are millionaires living in the Strait Lane neighborhood of Dallas really going to have the best interests in mind of those of us living in $300,000 and $500,000 homes?  No.  It is evident that they do not or it would have been taken care of already, the way it is in the areas where the homes are more like 2, 12, or 30 million.

What is a neighborhood to do when the powers that be completely ignore their rights as citizens?   Petition!   That is what we have begun in the Westhollow area of Dallas and we are working on gaining even more signatures so that we can take our evidence (photos and video and neighborhood resident accounts) and petition to the City of Dallas at an upcoming City Council meeting and demand repairs of our streets (which we have voted for twice in the past 10 years through bond elections).   If that doesn’t work, our next step will be to the media.

Let’s hope that either Jennifer Staubach-Gates will actually do something about our streets and not only those in her own backyard or that during the next election cycle for city Council seats, we can oust her and put in someone that is more representative of the majority of District 13, one that lives in the middle-class section of the area, and doesn’t have a father’s name to lean on.

The petition is at: http://www.gopetition.com/petitions/repave-westhollow-streets-northwest-dallas.html

Story by : DE Lord
Originally Published at Westhollow.net on May 13, 2013